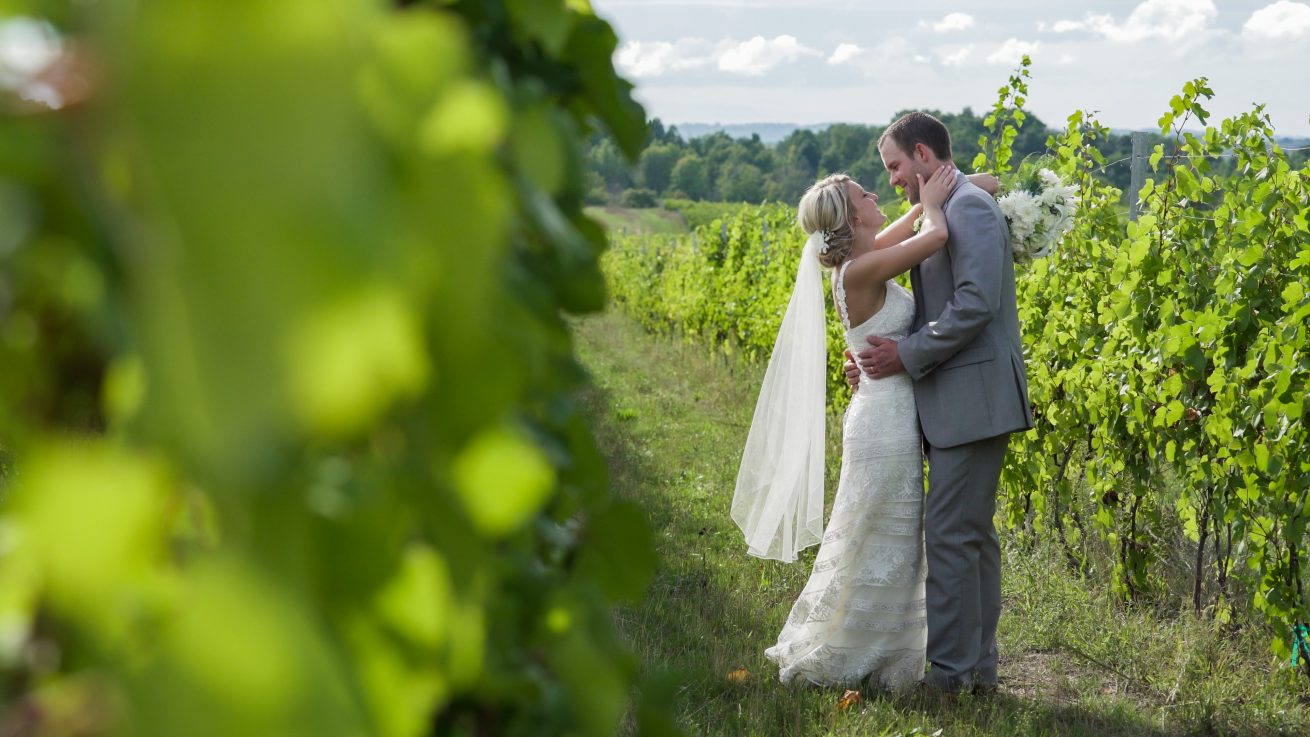 It was a pleasant September day in 2018. The Northern Michigan scenery was a spectacle to view. As we normally do, my assistant, Jessica and I started bright and early to head to Traverse City for a wedding. The first stop was to the venue, where we dropped off some of our reception equipment. This is a normal practice of a typical wedding day.

We arrived at the venue without incident and took a bit to view the beautiful decorations of the ballroom. Then, we set up our lights and equipment. Needless to say, we did not anticipate what was about to happen. We started heading to where the bride was getting ready. We normally love to get footage of bridal preps and groom preps. It is always a great addition to the video.

As we are heading towards the resort they were staying in, we were slowed by a line of cars stopped in front of us. The resort is typically 20 minutes away from where we were. We sat in traffic for about 15 minutes, maybe moving a few feet, not knowing what was stopping traffic.

So for about another 45 minutes we were slowly moving forward and I was really feeling stressed by this time. My anxiety was hitting an all time high. Are we going to make it, or are we not!? What is going on with the photographer!? Is the photographer there!? Are they starting things without us!? These are all the questions I had going through my head. We had tried to contact the photographer and could not get a hold of them. And we had called the bride to inform her of the situation we were in.

So what was going on? Up ahead of the line of cars, was a police officer directing traffic to turn away from the main route. We asked what was going on and they had said there were two accidents blocking the road along the main route. So the main question anyone would ask, is why didn’t you just go a different route? The problem with going another route was that the “Alternative Route” was a good 45 minutes around. We contacted the bride to ask what the plan was and they decided to just head to the church, which was closer to us on the side of the accident we were on. The Groom had already left with his groomsmen, because the bus that was originally suppose to pick up the groomsmen was running really late (because of traffic).

After notifying the bride, we started heading to the church, keeping in mind that the ceremony was to take place at 2:00 pm. We arrived shortly before 12:30 and no one was at the church. Then, the Pastor arrived and we informed him of what was going on. We also managed to get a hold of the photographer and they had the same issue we had.

Meanwhile, the bride and her girls were left with getting on the late bus and left at about 12:50. They arrived at around 1:45 to the church. Now remember when I said the ceremony was to start at 2:00. Guests had already started to arrive at around 1:30.

To make matters more interesting for a photography and videography team is that the bridal party, was not dressed yet, because many of their dresses where already at the church prior. So we did a number of bridal prep things within less than an hour. Typically these things take a few hours.

We started with the groomsmen, because they arrived before the bride and we started taking shots and video. Once done there, I try to have the couple read letters, so we spent a few minutes getting the groom all setup for his reading of the letter he wrote to his bride. Words were mesmerizing and so very emotional.

Then the bride arrived and she got in her dress and did all the things related… buttoning up the dress, detail shots, bridesmaid shots, Dad’s first look. We did a letter reading with her in the maintenance closet close to her prep room.

I really love to have them open up their letters from each other. So we found time to have them look at each others letters and it was a videographer’s dream. Both of them were emotional. especially the groom. We saw tears, and it was so precious.

During this whole time, the pastor continued to ask if they were ready yet.

After the photographers and we were setup in the church, they started to walk down the aisle. The groom waited for his bride as if nothing in the world was going to stop this day from happening. With tears in his eyes, he saw the radiance that projected from the bride at the end of the aisle. Despite the chaos that transpired earlier, he saw exactly where he was meant to be at exactly the right time.

Being a videographer, every wedding is different and every moment is precious. However, the one thing that is consistent with every wedding is that schedules only help move things along. Ultimately, when it comes to a bride and groom being together, they are exactly where they need to be at the exactly the right time.